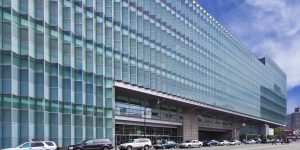 What they did: In People v. Waters, the Bronx County Supreme Court found that prosecutor Petri violated his Brady obligations by withholding a witness’s inconsistent statements from defense counsel. The court called Petri’s misconduct “an affirmative act of deceit.”

In the lead up to the murder trial, the court found that Petri learned, but did not disclose, that the prosecution’s primary witness dramatically changed his story from the testimony he gave under oath at the grand jury. The court called Petri’s tactics “trial by ambush” and ordered a mistrial. At a second trial, Waters was acquitted of the charges. According to the civil lawsuit he later filed, Waters had spent six years incarcerated at Rikers Island, including 360 days of solitary confinement.

Why it’s wrong: One of the most damaging forms of prosecutorial misconduct is the Brady violation—when law enforcement suppresses exculpatory or impeachment evidence. When provided in a timely and transparent fashion, Brady disclosures can permit the defense to investigate and litigate different leads, present evidence that the prosecution’s case is inaccurate, present evidence that the testimony of the prosecution’s witnesses is inaccurate or false, present evidence of the accused’s innocence to the jury, and ultimately, protect the accused from a wrongful conviction. It is unsurprising, then, that the National Registry of Exonerations found that suppression of Brady evidence played a role in over 44 percent of known wrongful convictions and 61 percent of known wrongful convictions for murder.

Prosecutors wield immense power, the power to seek punishment on behalf of the state, and should be held to the highest ethical standards.  The grievance identifies the following ethical rules Petri’s conduct likely violated:

What can be done about it: The grievance calls for the committee to investigate and issue public discipline, including disbarment (revoking Petri’s law license). It also calls for a broader investigation into other cases prosecuted by the same prosecutor, and to determine whether BXDAO supervising and managing attorneys complied with their duties under Rule 5.1 of Professional Conduct.