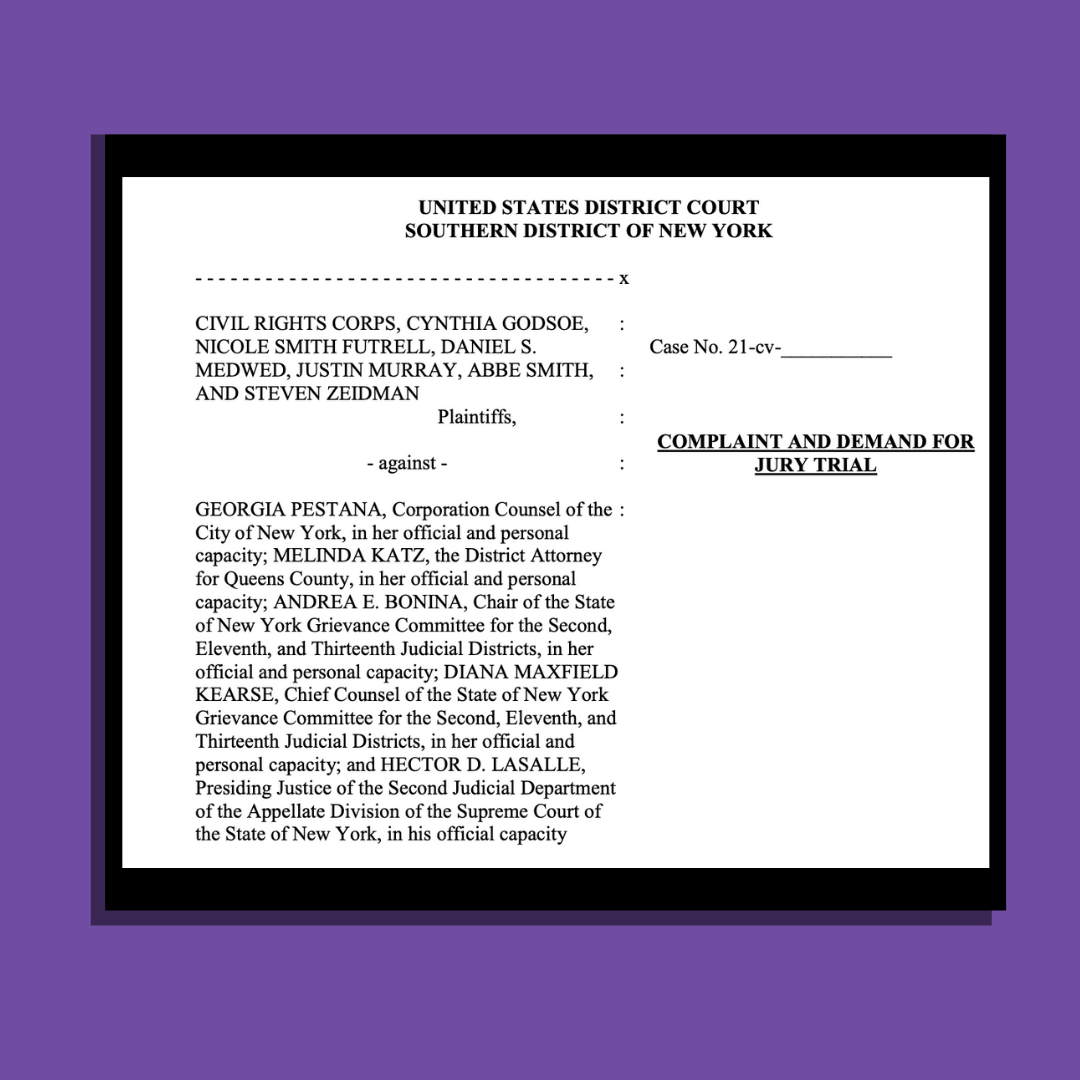 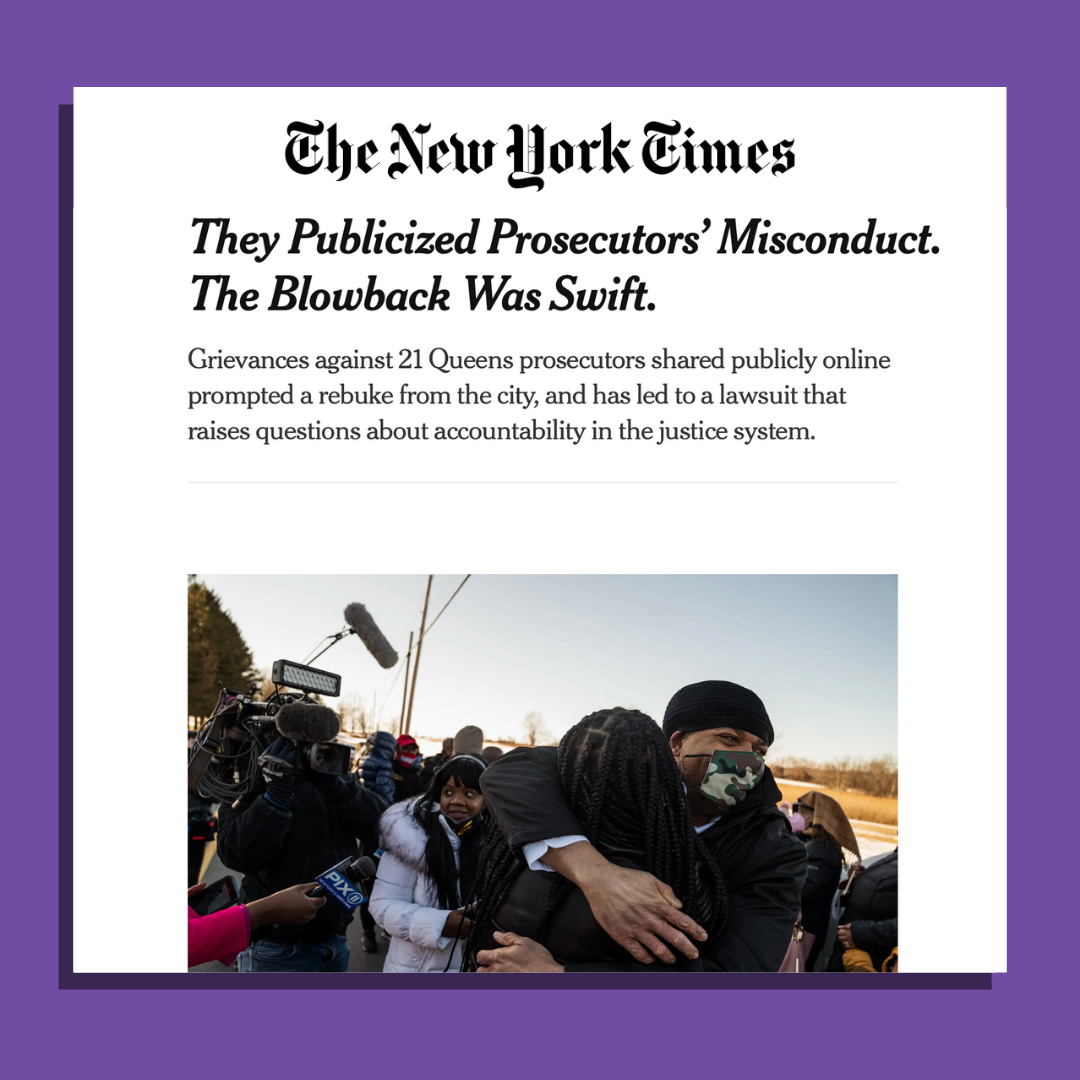 What is Prosecutorial Misconduct?

The United States’ legal system is supposed to be based on fairness, due process, and equal protection. It has basic and clear rules about what prosecutors, defenders, and judges should and should not do.

However, prosecutors in New York have, on far too many occasions, broken the most basic rules to win cases, often at the expense of our constitutional rights. This ranges from prosecutors hiding evidence that could prove someone’s innocence to misrepresenting information to courts and juries and even to emphasizing false testimony to get their desired ruling. This is called Prosecutorial Misconduct, and it is a widespread problem. Prosecutorial misconduct leads to disastrous consequences, including wrongful convictions. A recent study of 2,400 exonerations found that almost a third of them included prosecutorial misconduct.

Alarmingly, the majority of these violations are likely never discovered or disclosed to New Yorkers. The cases on this website represent a larger crisis that plagues New York City and State.

Listen to Derrick Hamilton, co-founder of Families and Friends of the Wrongfully Convicted, describe his experience with prosecutorial misconduct and why we need to hold prosecutors accountable.

What Accountability NY Is Doing About It

The biggest reason prosecutorial misconduct continues to be widespread is that courts, district attorneys, and bar associations rarely hold prosecutors accountable for their misconduct. In fact, the whole system incentivizes misconduct by using “court wins” to measure prosecutorial success. Even when appellate judges discover misconduct, they usually leave prosecutors’ names out of the court opinions and almost never publicly discipline or sanction prosecutors for such findings.

The sole mechanism for holding prosecutors accountable in New York is through filing an official complaint regarding the prosecutor’s misconduct with a Grievance Committee called a grievance. These committees investigate the grievances and recommend disciplinary action, including stripping prosecutors of their right to practice law.

Accountability NY – a group of law professors and activists with the support of Civil Rights Corps – filed grievances in instances where New York courts found prosecutors committing misconduct and those prosecutors had not yet faced public discipline. In the grievances, the professors urge the Grievance Committees to act. You can read the filed complaints below and on the Complaints Page. 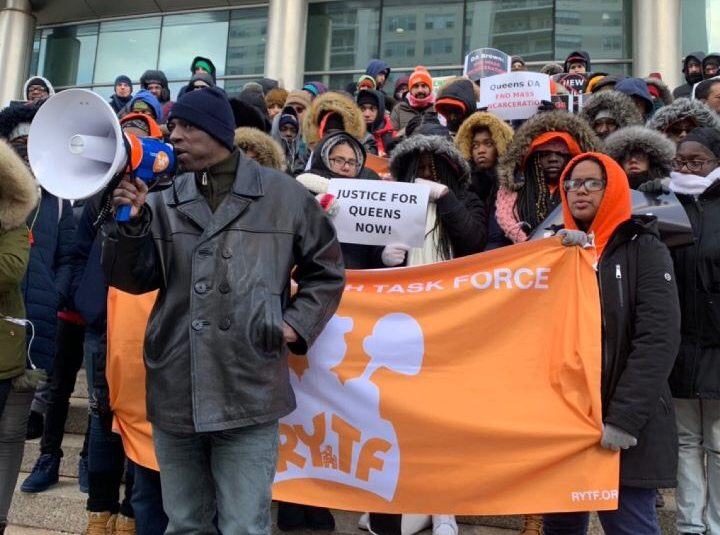 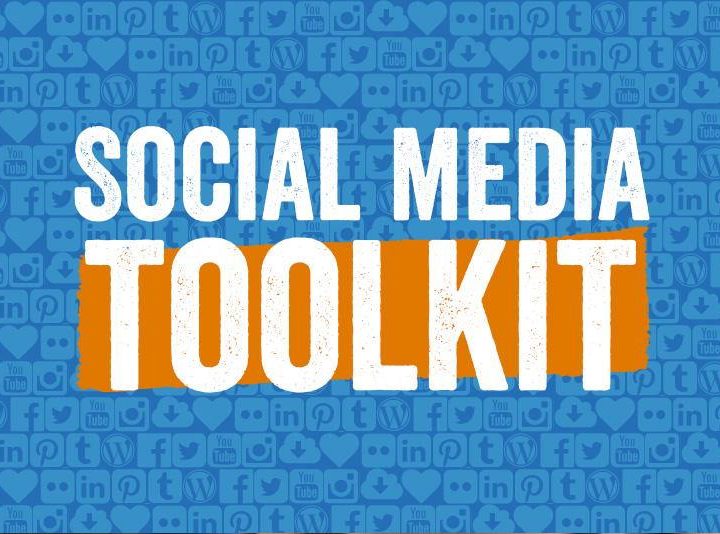